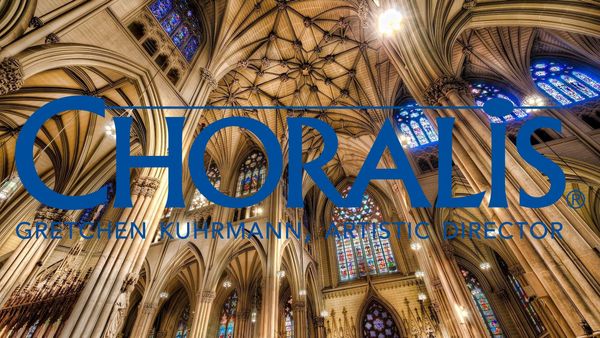 Choralis, the Washington, DC-area chorus praised by the Washington Post for “the power and rhythmic vitality of its singing,” premieres the Dehlinger Requiem for SATB chorus and orchestra on October 30, 2022. Met soprano Danielle Talamantes and bass-baritone Kerry Wilkerson are featured guest soloists.

Composed in loving memory of the composer's friend Neil Dellar, who passed away suddenly on September 3, 2020, Requiem is a partial setting of the Latin Mass for the dead, or Missa pro defunctis. Dehlinger wrote it with the beautiful voices of Choralis, under the direction of Gretchen Kuhrmann, Danielle Talamantes, and Kerry Wilkerson in mind. All were near and dear to Neil, a corporate lawyer with a splendid baritone voice who was active on the board of Choralis.

The sixth movement is a new choral and orchestral arrangement of Night Piece, a setting of the eponymous poem by Irish poet James Joyce, which Dehlinger composed in 2019 as part of an art song cycle for voice and piano. Neil was quite fond of the song. Replete with ecclesiastical imagery, it is a reverent, if not haunting portrait of the night sky.

The final movement opens with the devotional lyric Death, Be Not Proud by sixteenth century English poet, soldier and cleric John Donne. The text, written mostly in iambic pentameter, is the poet's direct address to death personified and is at once metaphorical and metaphysical. It also seemed like a fitting, non-liturgical prelude to the closing In paradisum.

Tickets can be purchased here.

About Choralis
The Choralis Foundation was established by Artistic Director Gretchen Kuhrmann in 2000 to nurture a passion for choral music through excellent choral performances, professional development opportunities for young soloists and conductors, education and training for young choristers, and community outreach events. Nearly 130 singers perform across two ensembles: Choralis, an auditioned SATB chorus and Ēchos, a semi-professional chamber group. Choralis is committed to programming that includes not only the classical choral repertoire, but compositions of living composers and world music.